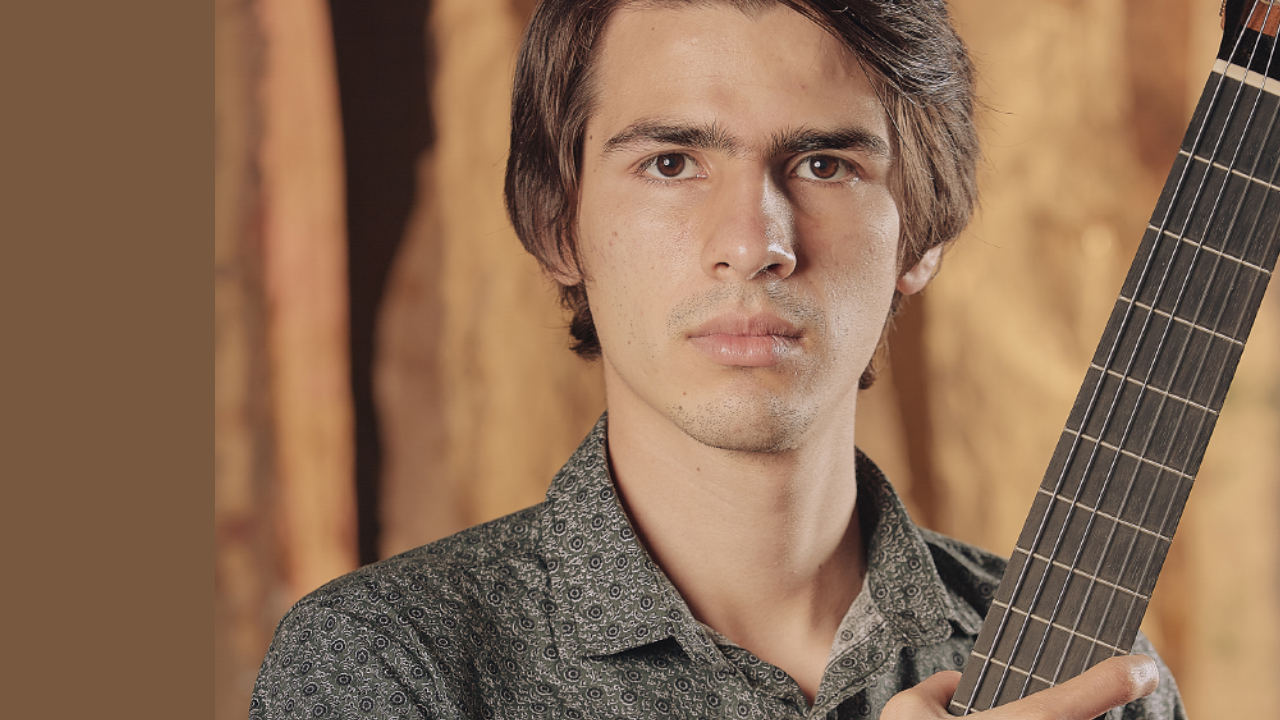 He began his guitar studies at the age of 8 with maestro Juan José Barrón, studying for 7 years under his tutelage. He is currently licensed by the Conservatorio de las Rosas de Morelia, receiving “Honorable Mention” in his graduation concert. His specialty teacher, throughout Baccalaureate and Bachelor, was Rodrigo Nefthalí.

He has won more than 25 prizes in national classical guitar competitions, as well as 10 internationally (in Spain, Austria, Mexico and the United States).

He has given concerts in Uruguay, Austria, Chile, the United States and Mexico.