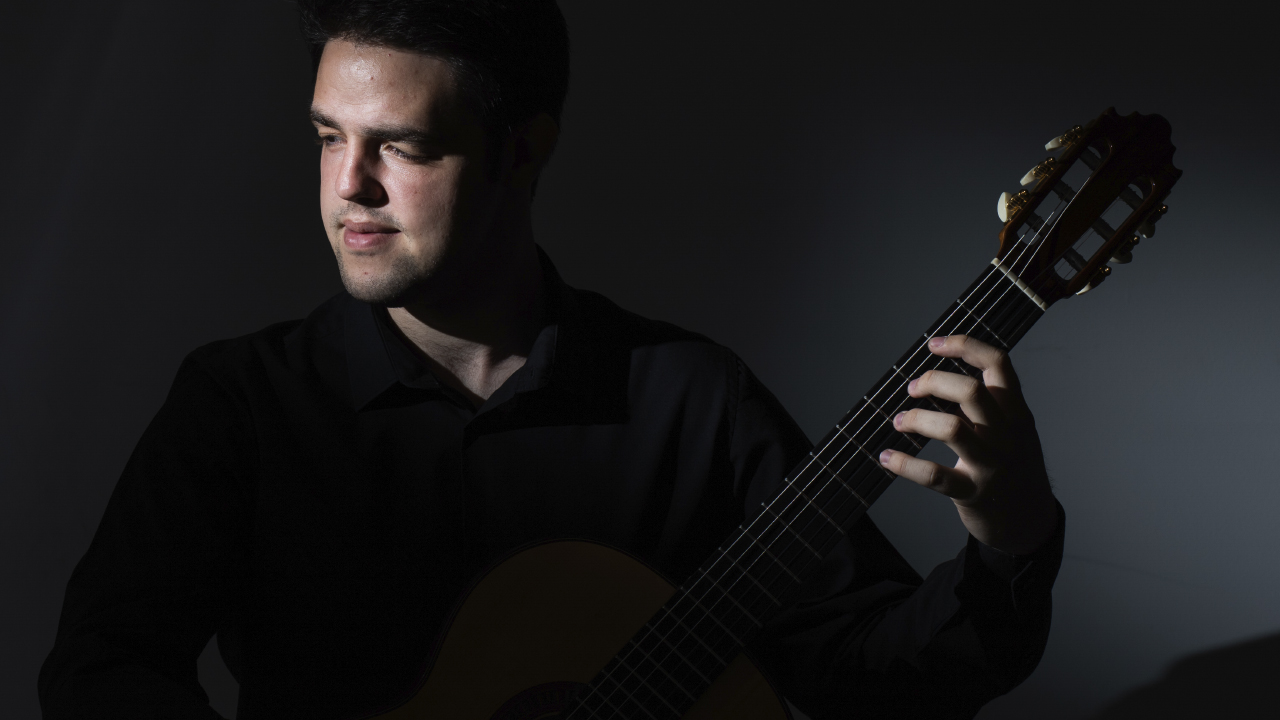 Francisco Tárrega, Memories of the Alhambra

Antonio Rey, Two parts of me

Stoyan Paskov is 20 years old and studies the law career at the University of Zaragoza and guitar at the Superior Conservatory of Music in Aragon under the guardianship of Anders Clemens Øien.

He started playing the guitar with 8 years as self -taught. During his studies at the Professional Conservatory of Music of Zaragoza, he obtained honor registration every year in various disciplines. Since November 2016 he is part of the Musethica International Organization and participates in his concerts in different locations.

He was selected as the first classified from the regional phase of Aragon of the 15th Professional Degree Melómano Intercentros (December 2016). He won the first prize for 4 consecutive years in the contest of interpretations of Musical works APA “Pilar Bayona” in different categories.

In October 2020, he debuted at the National Auditorium performing the Aranjuez concert of Joaquín Rodrigo.

Stoyan currently has more than 700 concerts in Spain, France and Bulgaria.

Currently, Stoyan plays a guitar of the Luthier Vicente Carrillo.