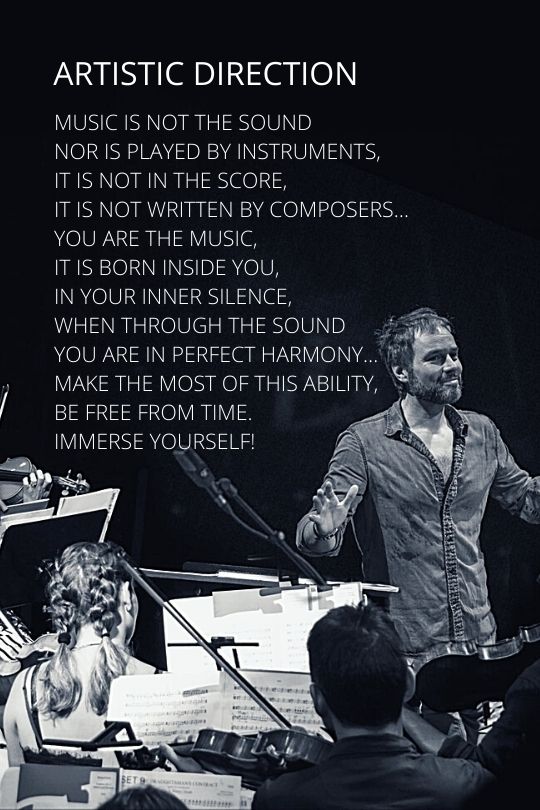 Since 2015 Josep Vicent is Artistic and Musical Director of the ADDA Auditorium in Spain.

Josep Vicent has directed operatic productions at the Teatro Real in Madrid, the Teatre del Liceu in Barcelona, the Leipzig Opera and the Teatro de la Maestranza in Seville. He also works as Music Director with “La Fura dels Baus” since 2014.

His recognized career in contemporary music has led him to premiere with great success hundreds of newly created works. He was Artistic Director of the Amsterdam Percussion Group and regularly conducts specialized trainings.

Former assistant to the maestro Alberto Zedda, Vicent was awarded the First Prize for Interpretation of Jeunesses Musicales, The City of Valencia Arts Award 2013 and the Oscar Esplá City of Alicante Award. In addition, he has been appointed International Ambassador of the “Culture of Peace” Foundation, chaired by Mr. Federico Mayor Zaragoza, as a result of his active solidarity agenda with intercultural projects for the new generations.