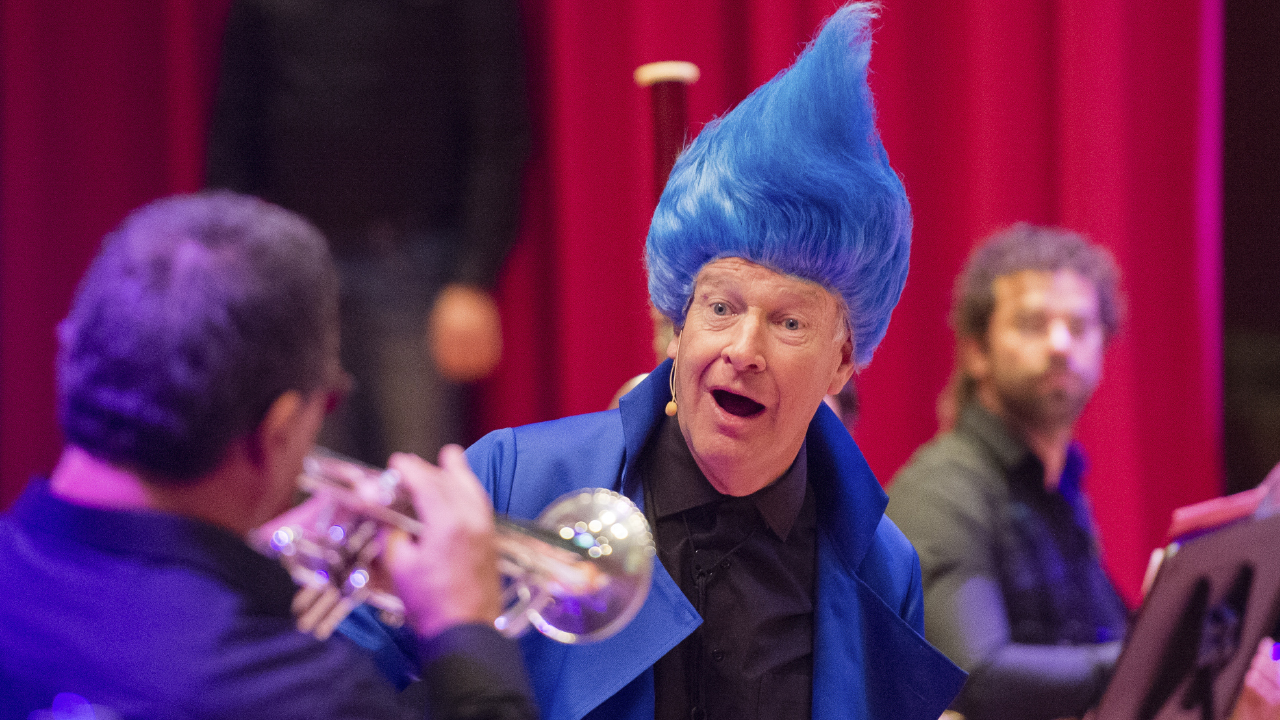 Do you know the story of Eolo, the lord of the winds? Thousands of years ago Aeolus, the god of the winds in Greek mythology, gave a trunk full of winds to the navigator Ulysses so that he could quickly reach his destination on his sailboat. His sailors could not resist their curiosity and opened it in the middle of the sea. And the one that was organized! All the uncontrolled winds caused storms, giant waves, thunder, lightning… Since then, Eolo has been looking for them all over the world to take them back home…

What if they had hidden inside the wind and percussion instruments of this orchestra?

The script for EOLO&COMPANY, an educational concert for school/family audiences, is based on this Greek legend. EOLO (the actor and musician Andreas Prittwitz), looking for his wind instruments, introduces us to each one of them with their name and timbre, makes them sound both in chamber ensembles (M. Cambini’s Wood Quintet) and in Big Band ( Ravel’s Bolero), thus getting the public to know in depth each wood/brass wind instrument. With a serious and demanding musical repertoire (Cirkus Polka by Stravinsky) but at the same time very fun (Blues March by Benny Golson), all at a fast pace with a performance by EOLO, a didactic concert has been created, as well as a work of theater, of excellent quality despite not using props or decoration.