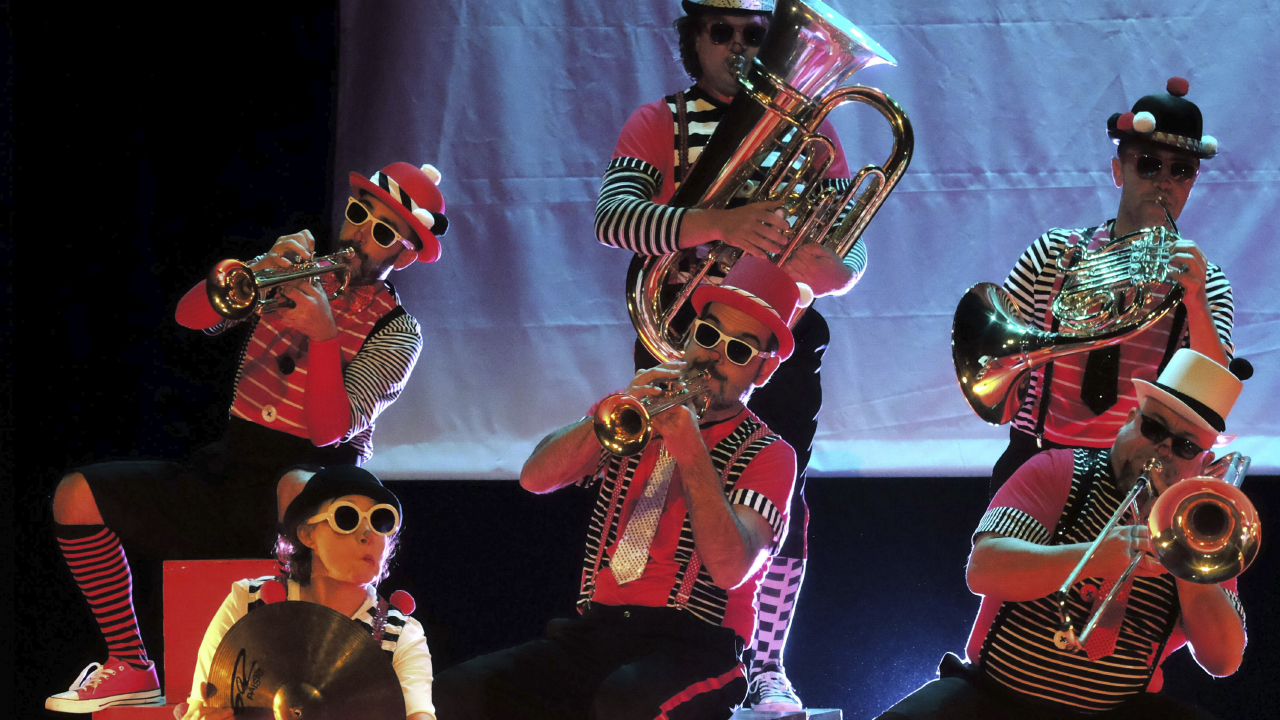 A family and pedagogical show for secondary schools, about the music of Federico Fellini’s films and his main composer Nino Rota, where music, theater and cinema come together.

Film music has become a hallmark of sound identity of our

contemporary culture since the birth of the seventh art. The melodies associated with the image surround us, accompany our daily lives and are unavoidable in our audiovisual world.

If film directors have become benchmarks in our culture, many composers have also acquired a relevant role, sometimes leaving their names inextricably linked: Who does not remember the bands

Soundtracks by Berhard Herrmann in the films of Alfred Hitckcock? how to imagine

Sergio Leone’s spaghetti westerns without the original sound worlds of Ennio Morricone? How to dissociate the world of Steven Spielberg from the sonorities provided

by John Williams? This audition aims to recreate through the memories of Giullietta Massina, wife and muse of the Italian filmmaker Federico Fellini, some of the most characteristic moments of his cinematography, which are inextricably linked to the music of Nino Rota. Fresh, popular and always surprising sounds will contribute to the configuration of one of the most personal cinematographies.